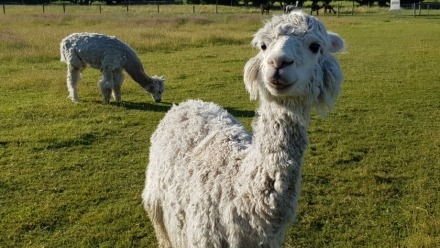 If you've ever wondered how your beloved pet pooch came to look so different from its wild relatives, biologists now have another piece of the puzzle.

A new study, led by Dr Laura Wilson from the ANU School of Archaeology and Anthropology looked closely at six pairs of domestic and wild animals. The findings challenge a popular theory for why domesticated animals look the way they do.

"This has been a topic of interest since Charles Darwin's time," Dr Wilson said.

"We wanted to investigate whether these similarities could all be traced back to neural crest cells. These cells appear very early in the embryo and are really important, they help form bone and cartilage, but they're also responsible for the glands that produce the fight or flight response, which is reduced in domestic animals."

Geneticists had previously suggested the similar traits shared by domestic animals were caused by a disruption to the development of these cells. But Dr Wilson's study found otherwise.

"We devised a framework to look at the morphology of these animals," she said.

"The neural crest cells are involved in the development of the facial skeleton, in particular the front region of the face. We were keen to see if those bones were behaving differently in domestic animals but didn't find strong evidence."

The study looked at dogs, pigs, goats, llama, alpaca, horses and their wild counterparts -- for example, wolves and boars.

"I'm especially interested in the initial phase of domestication, so when these animals first engage with humans, and their flexibility to change," Dr Wilson said.

"We've shown the underlying developmental framework is maintained when an animal is domesticated, but it's maintained in a way that allows for a little bit of flexibility.

"That's how we end up with breeds like Poodles or Great Danes with very specific traits."

The research has been published in Evolution Letters.