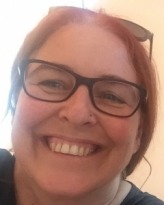 Ethnographically, my work is located in central Australia and mostly centred on Yuendumu, an Aboriginal community about three hours northwest of Alice Springs. I have been conducting fieldwork there annually since 1994, originally focussing on everyday life as it unfolds in Warlpiri homes and country. One of the biggest joys I know is to see where anthropological fieldwork takes me and, following incidents, events, questions, ideas, and experiences from the field, my research as branched out in a number of directions:

One such cluster is concerned with sleep, the night, ideas of safety and threat, and an inter-related one has taken me into the domains of the anthropology of emotions and embodiment. Here, I focussed especially on fear, but also on grief and loneliness, and then moved on to studying laughter and boredom. In all these endeavours I have always emphasised comparison, radical difference, and cultural relativity.

Social relations, sociality, and notions of the person, and of self and other are themes I return to from various directions, e.g. by studying birthday parties or fighting, childhood socialisation, intergenerational relations, and, especially, the ways in which Warlpiri people relate to others: to non-Indigenous people, to strangers, to enemies, but also to animals, plants, the weather, smoke, and to monsters. In this vein, I had an ARC Future Fellowship specifically looking at ‘bad relations’.

The research on monsters has blossomed into an on-going inter-disciplinary and comparative project which brings together anthropology and monster studies. Under the umbrella term ‘monster’ my co-editors and I have gathered ethnographic analyses from all over the world, that look at human/other-than-human engagements from a variety of angles (in instances of social change and transformation, for example, or as explorations of the different ways in which people ‘live with’ the monsters that haunt them.)