» News » Diana Tung: What I learnt from my mum's takeaway shop

Diana Tung: What I learnt from my mum's takeaway shop 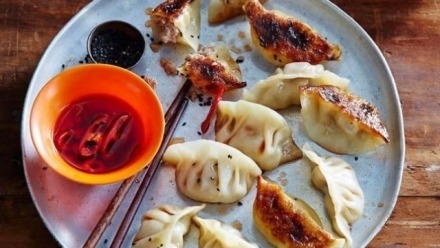 Diana Tung discovered the value of money, selling one 50c item at a time in her mother's shop.
Thursday 11 February 2021

In the various iterations of my mum’s businesses, it was always the same. A little greasy takeaway shop where I would spend long afternoons after school, where we would eat interrupted dinners at one of two tables in the dine-in area and run up to the counter whenever customers walked through the door. It was where I would help my mum restock soft drinks after the store closed, and sometimes help her count and stack the coins, too. It’s where I learnt about the value of money, selling one 50c dim sim at a time – and that it’s not the grubby-looking guy who’ll try and cheat you, but the well-groomed man in a suit.

At 17, when I moved to the U.S. by myself to finish high school and later university, I never knew how to fill out all the financial aid applications. How do I list my mum’s occupation? She suggested ‘shopkeeper’ but that didn’t seem to accurately represent the heat and the chaos of the takeaway shop. It didn’t capture the loud rhythmic banging of the woks and the suffocating steam emanating from the bain-marie – which I quickly learnt to avoid after getting an inch-long burn on my forearm from the overhead lights one busy lunchtime. ‘Businesswoman’ sounded too fancy and there were definitely no high-powered suits involved, just the overpowering smell of grease that clung onto your clothes no matter how many times you washed them.

Not knowing how to categorise my mother’s occupation extended to my own sense of self. Heading to the U.S. seemed like a natural progression of my parents’ own immigrant narratives of self-betterment and opportunity, but through the promise of education instead of back-breaking labour. It was also a ticket out of the takeaway shop and I couldn’t get away fast enough.

Like for many immigrant families, and even my own aunts and uncles, I knew that the takeaway shop was a gruelling pathway to economic success and stability. Yet I couldn’t reconcile the dissonance of being paid to tutor classmates at the university writing centre while barely being able to talk to my own family in Cantonese. I also felt deeply frustrated that while my mum would extol the value of education and frequently recount the opportunities she was denied in Mao’s China, she never seemed interested in celebrating the successes along the way.

Mum came to "Orchestra Night" once when I was still in high school in Melbourne. She fell asleep sitting in the audience listening to speeches she couldn’t understand, exhausted after her usual 13-hour workday. In the U.S., I graduated from high school and university thankfully flanked by friends, but without my mum. It was too far away, there was too much competition from the guy two stores down who kept undercutting her prices, customers won’t come back if she closes, she just simply couldn’t get away.

Fast forward to today, and I’m conducting my anthropology fieldwork in Iquitos, the largest city in the middle of the Peruvian Amazon. I’m spending a year and a half as part of my PhD researching the commercialisation of the aguaje palm (Mauritia flexuosa) and its socioeconomic impacts. The aguaje is considered the most emblematic fruit of the region and numerous folks have told me "si no comes aguaje, no eres amazonico": if you don’t eat aguaje, you’re not Amazonian. The aguaje is also on the verge of exploding onto the global health foods market as the latest superfood with coveted anti-ageing and curve-enhancing properties.

It was also a ticket out of the takeaway shop and I couldn’t get away fast enough.

What I didn’t anticipate going into fieldwork was how much of it would involve applying what I’d learnt in the takeaway shop. I’m half a world away from Melbourne, but when I’m accompanying the aguajeras (the female aguaje sellers) to the markets when it’s still dark outside or talking to them about how the weather is impacting their sales – it all feels so very familiar. It’s familiar because it’s everything I’ve done before as a child with my own mother. As a foreigner with disposable income, thanks to my steady scholarship, when I first meet these aguajeras it seems like our lives couldn’t be more different. But when I’m able to talk to them about my own experiences of trailing mum to the Vic market at the crack of dawn, running errands to the bank to get change, and serving customers just as their own children are doing right in front of us, I can feel that gap between us closing ever so slightly.

Growing up I never talked much about my mum’s takeaway shop with friends or classmates. It was always a source of never-ending shame for me, especially when I’d find out that other students could just ask their parents for help them on their homework or prep them for scholarships by giving them mock interviews. That sense of inadequacy is hard to shake off, and even today as a PhD student it still feels incredibly isolating to have working-class migrant parents who don’t speak English fluently.

I now know that I am a better researcher precisely because of everything I learnt growing up in my mum’s takeaway shop. Each time I approach a new aguaje seller and ask them about their work, I can appreciate the profound significance for these women to be able to send their kids to school by selling aguaje at 50c a bag, and the enormity of their pride in their good, honest work. I’m able to empathise, on a visceral level, about what it means for one woman to be doing the work of three people to support their families and to get a glimpse into the challenges they face. Many of the women show me their hands, all roughed up and scarred from years of peeling the aguaje, and I’m constantly reminded that their abiding love for family is no different from that of my own mother.

In anthropology, one of the very first things we’re taught is to question what we know, to make the familiar strange and the strange familiar. Sometimes we’re so close to something that we can’t see it clearly until we take a step back. It takes time, a new perspective, and perhaps an unexpected encounter to process what’s going on. In my case, it’s by talking to these aguajeras in the sweltering heat on a street corner in Iquitos that I’ve come to see the gift of being a takeaway kid.

This piece was originally submitted for New Voices On Food, a project dedicated to promoting diverse voices on food.

Diana Tung is a PhD candidate in anthropology in the School of Archaeology and Anthropology at the Australian National University. Her research utilises changing livelihood strategies in the aguaje (Mauritia flexuosa) palm fruit economy as a lens to examine social, economic, and environmental changes in the Amazonian city of Iquitos, Peru.